Firstly, I must confess to 'magpie-ing' the idea for this project from here. However, as I teach in a Welsh school we decided that our Year 7 project should focus on Welsh heroes rather than heroes in general. The project involved pupils choosing a Welsh hero, researching their importance and then creating a historical handbag to educate people about their chosen icon. The project details were outlined in this document which was given to pupils: 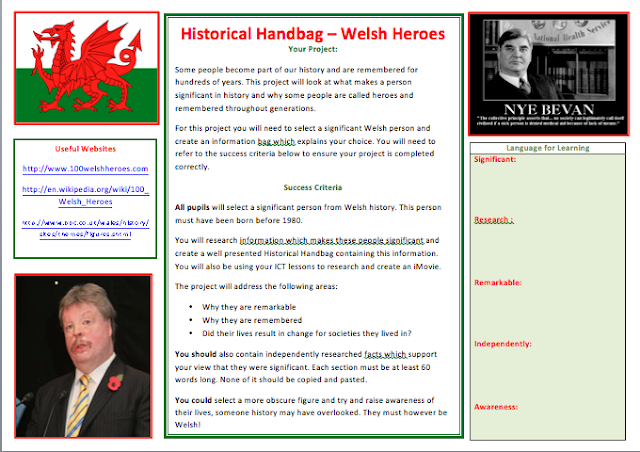 It is also worth noting here that before undertaking this project pupils had spent 4 weeks (6 lessons) learning about key historical themes/ concepts such as sources, bias, interpretation and chronology. The idea was that they could use their skills/ understanding and apply them to their Welsh heroes project.

The response from the pupils was absolutely brilliant. Not only did they take complete ownership of their projects but they kept stopping me on the corridor to ask if I knew this or that about their chosen hero. It soon became apparent that I knew very little about Lady Charlotte Guest (technically not Welsh), John Charles and Saint David, amongst many many others! 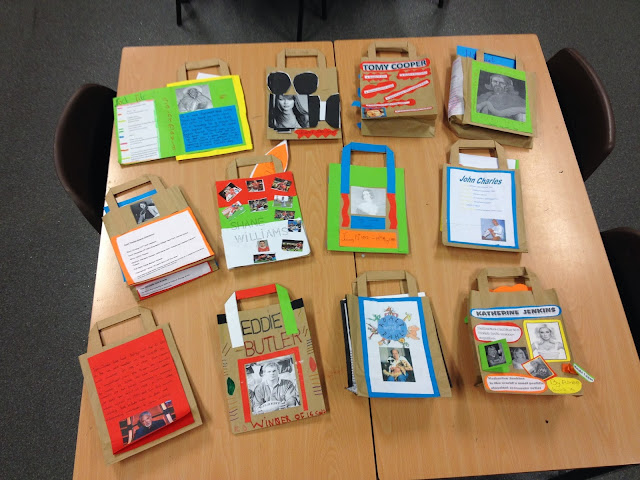 Whilst I was really pleased with the both the process and the outcome of the project I would make a few changes for next year: